Love classic movies?  Pollack Tempe Cinemas proudly presents Tempe Cinemas Classics where you can experience classic movies throughout the year.  Come celebrate date nights, girl’s nights out, boy’s nights out, or family nights by reliving your favorite classics on the big screen again, or for the first time!  Check show listings online or call for information on movies scheduled.  All Classics are shown once on Sundays at 5:00pm and Wednesdays at 12:00pm and 7:00pm. 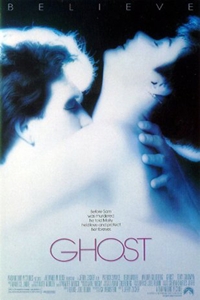 February 16 & 19
Ghost(1990)
Sam is a ghost who teams up with a psychic to uncover the truth behind his murder -- and to rescue his sweetheart from a similar fate.
Rated PG-13 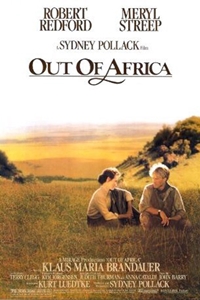 March 1 & 4
Out of Africa(1985)
Three superstars of filmdom - Robert Redford, Meryl Streep and Sydney Pollack bring this true story to life, Pollack Tempe Cinemas brings it to the theater for three times only. Make plans to watch Out Of Africa on Sunday, March 1 at 5pm, or Wednesday, March 4 at 12pm or 7pm.

Out Of Africa won seven Academy Awards in 1986, including Best Picture.

Storyline: Initially set on being a dairy farmer, the aristocratic Karen Blixen (Meryl Streep) travels to Africa to join her husband, Bror (Klaus Maria Brandauer), who instead spends their money on a coffee plantation. After discovering Bror is unfaithful, Karen develops feelings for hunter Denys (Robert Redford), but realizes he prefers a simplistic lifestyle compared to her upper class background. The two continue on until a series of events force Karen to choose between her love and personal growth.
Rated PG 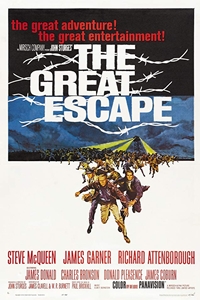 March 29 & April 1
The Great Escape(1963)
Allied POWs plan for several hundred of their number to escape from a German camp during World War II.
Rated NR

ALWAYS BE IN THE KNOW

Subscribe to Tempe Cinemas email newsletter to receive updates and event notifications. You don't have to worry, we'll respect your inbox.